Yoga instructor, artist, spiritual teacher, author, attorney, and television host Audi Gozlan, RYT, has been a student of Kabalah for most of his life. At ten years old, he met his root spiritual teacher, the revered Lubavitcher Rebbe, and began to study in schools that taught mysticism in Canada and in the United States. Meditation came soon after, and he started incorporating the teachings of Kabalah into the practice of breathing. Audi then embraced yog

a flow which led to the founding of Kabalah Yoga, a system of hatha flow yoga that fuses the ancient wisdom of Kabalah with the practice of yoga flow. Gozlan has been practicing yoga for more than seventeen years, and is a Prana Vinyasa teacher, as well as an assistant to Shiva Rea. He is producer of three Kabalah Yoga DVDs, and host of two popular television series in Canada, including the Kabalah Yoga Show.

Movement is life for foreword writer Shiva Rea, MA, a Prana Vinyasa teacher, activist, and innovator in the evolution of vinyasa yoga around the world. She is known for offering the synthesis form of vinyasa flow, bringing the roots of yoga alive for modern practitioners in creative, dynamic, and life-transforming ways for more than twenty-five years. She is a pioneer in reviving the art of namaskar through diverse namaskars or salutations; developing wave-sequencing, three-part vinyasa for energetic alignment; integrating the creative, spontaneous movement known as "sahaja" in postmodern yoga; and much more. 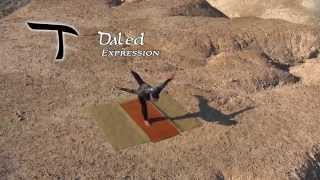